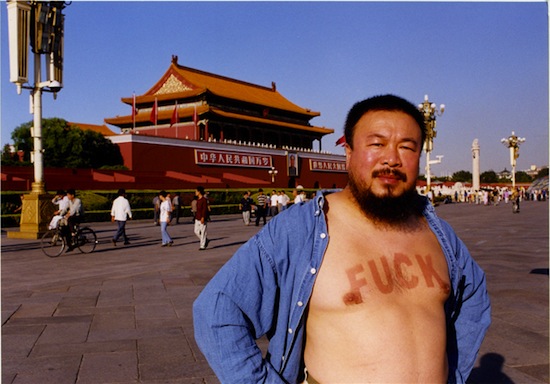 Swiss architects Herzog & de Meuron and Chinese artist Ai Weiwei have been commissioned to create the 12th Serpentine Gallery pavilion in London in June 2012. The work will feature a water-hole which will fill up with London rain. The pavilion will be underground with eleven columns beneath the gallery’s lawn in Kensington Gardens. Each column will protrude from the foundation of a previous pavilion design and a twelfth column will represent the new design, supporting a floating platform roof 1.5m above the ground.

“Our path to an alternative solution involves digging down some five feet into the soil of the park until we reach the groundwater. There we dig a waterhole, a kind of well, to collect all of the London rain that falls in the area of the Pavilion. In that way we incorporate an otherwise invisible aspect of reality in the park – the water under the ground – into our Pavilion. As we dig down into the earth we encounter a diversity of constructed realities such as telephone cables and former foundations. Like a team of archaeologists, we identify these physical fragments as remains of the eleven Pavilions built between 2000 and 2011. Their shape varies: circular, long and narrow, dots and also large, constructed hollows that have been filled in. These remains testify to the existence of the former Pavilions and their greater or lesser intervention in the natural environment of the park.

“All of these foundations will now be uncovered and reconstructed. The old foundations form a jumble of convoluted lines, like a sewing pattern. A distinctive landscape emerges out of the reconstructed foundations which is unlike anything we could have invented; its form and shape is actually a serendipitous gift. The three-dimensional reality of this landscape is astonishing and it is also the perfect place to sit, stand, lie down or just look and be amazed. In other words, the ideal environment for continuing to do what visitors have been doing in the Serpentine Gallery Pavilions over the past eleven years – and a discovery for the many new visitors anticipated for the London 2012 Olympic Games.

“On the foundations of each single Pavilion, we extrude a new structure (supports, walls) as load-bearing elements for the roof of our Pavilion – eleven supports all told, plus our own column that we can place at will, like a wild card. The roof resembles that of an archaeological site. It floats some five feet above the grass of the park, so that everyone visiting can see the water on it, its surface reflecting the infinitely varied, atmospheric skies of London. For special events, the water can be drained off the roof as from a bathtub, from whence it flows back into the waterhole, the deepest point in the Pavilion landscape. The dry roof can then be used as a dance floor or simply as a platform suspended above the park.”  Herzog & de Meuron and Ai Weiwei

Herzog & de Meuron and Ai Weiwei previously collaborated on the design the ‘Bird’s Nest’,  the Bejing national stadium, for the 2008 Olympic Games.

The commission will be presented as part of the London 2012 Festival, the culmination of the Cultural Olympiad.
Image: Jacques Herzog, Ai Weiwei, Pierre de Meuron
www.serpentinegallery.org/2012/02/ai_weiwei_herzog_de_meuron_serpentine_pavilion_2012.html