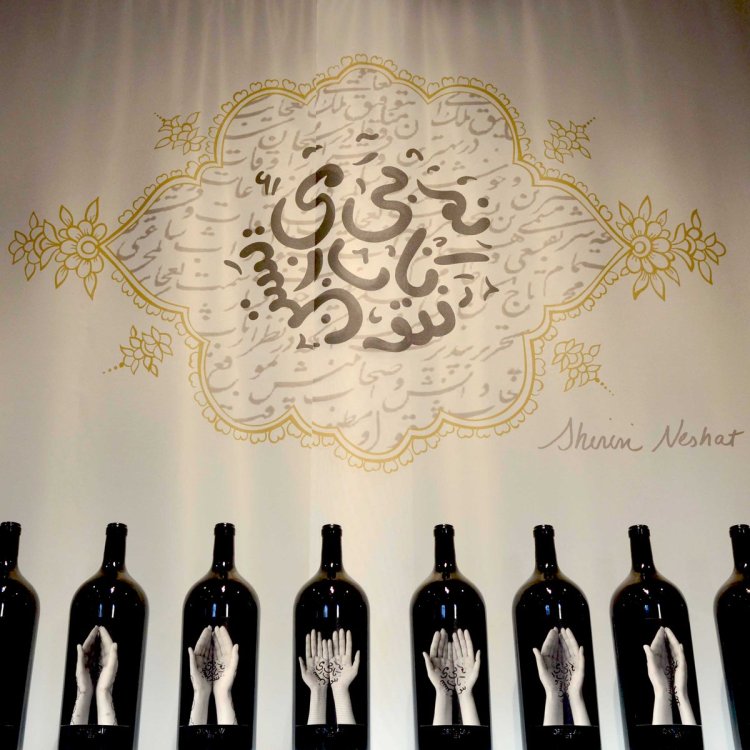 For the 11th edition of Vendemmia d’Artista Ornellaia commissioned Shirin Neshat, the Iranian born, American photographer, filmmaker and video-artist to interpret the character of Ornellaia 2016. Shirin Neshat’s earliest works were series of photographs exploring the political and social conditions of Iranian and Muslim life, particularly focusing on women and feminist issues. Her subsequent films departed from overtly political content or critique, in favour of more poetic imagery and narratives.

For ‘La Tensione’, her poetic visual language alludes to this vintage’s dynamism and strength through the words of the 11th century Persian poet, Omar Khayyām. The artist created a site-specific art installation for the Estate, customized a limited series of 111 large format bottles, and designed a special label that, a single example of which, will be found in each Ornellaia case containing 6, 750ml bottles. The labels represent details of female faces, hands and bodies completely covered by Farsi calligraphy. These contrasts between the softness of the skin and the graphic nature of the text seduce the eye and engage the imagination. The concept of Neshat’s work centres around the theme of wine as a moment of social sharing, a life force that in the words of Persian poet Omar Khayyām should be “enjoyed during our brief time on earth”. 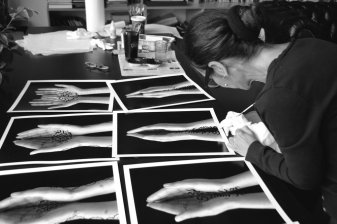 “Throughout centuries, in classical Persian literature, our great mystics and poets have continuously made references to wine, as a form of spiritual intoxication to the human soul, elevating the mind from the banality of everyday life to reach the depth of humanity and existence. Over the years, in my own artistic practice, I have consistently made use of ancient mystical Persian literature, either in the form of poetry inscribed as calligraphy over my photographic surfaces, or as songs in my videos and film-based work. In the work created for Ornellaia I inscribed a poem by the legendary poet, Omar Khayyām (from 10thcentury,) titled:“Without pure wine I cannot exist.” He has written more than any other Persian poet about the relationship between wine and spirituality (Erfan).” Shirin Neshat 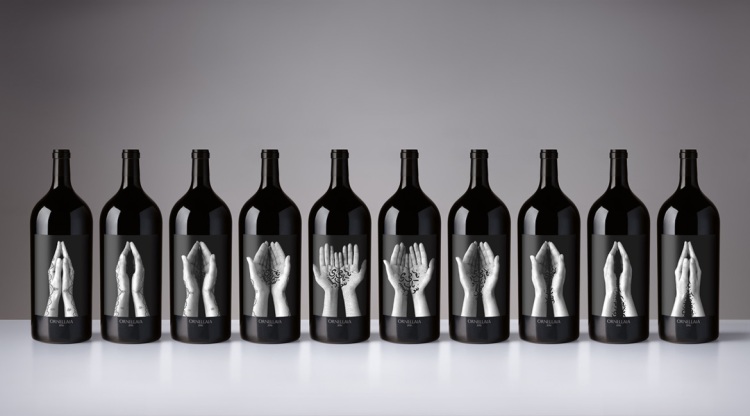 Shirin Neshat’s earliest works were series of photographs exploring the political and social conditions of Iranian and Muslim life, particularly focusing on women and feminist issues. Her subsequent films departed from overtly political content or critique, in favour of more poetic imagery and narratives.

Vendemmia d’Artista celebrates the exclusive character of each vintage of Ornellaia. Since the initial release of Ornellaia 2006, released in 2009, Ornellaia has commissioned an internationally-famous contemporary artist to create a work of art for the estate and a series of limited-edition labels, inspired by the character identified by the winemaker to describe the particular characteristics of the new vintage. For ‘La Carisma’ 111 large formats, of which 100 3-litre Double Magnums, 10 six-litre Imperials and a nine-litre Salmanazar, were sold or auctioned off by Sotheby’s Wine raising $312,000. 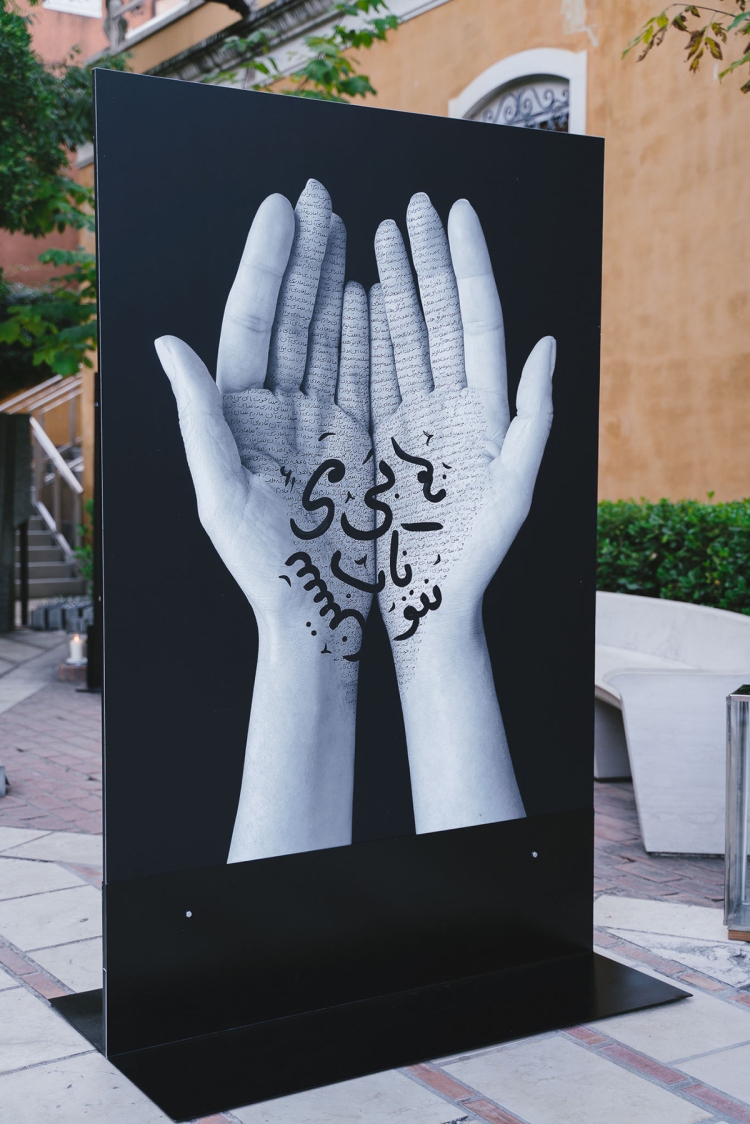 The Vendemmia d’Artista in its first ten editions has donated more than two million dollars across the globe to organisations including the Whitney Museum in New York, the Neue National Galerie in Berlin, the Fondation Beyeler in Basel, the Royal Opera House in London, and the H2 Foundation in Hong Kong and Shanghai.From 2019 the Solomon R. Guggenheim Foundation will benefit through a three-year support of its project, ‘Mind’s Eye’ – a programme that helps individuals who are blind or have low vision experience art through all their senses to invoke and expand possibilities for making imaginative impressions, emotional connections, and long-lasting memories.