Posted by jeh ⋅ May 17, 2015 ⋅ Leave a comment
Filed Under  BeHave, belval, delcroixpinsky, luxembourg 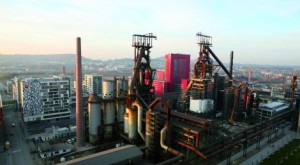 Public Art Experience and Le Fonds Belval announce the 9 artists selected to participate in the first residency programme called BeHave from September 2015. They have been chosen, on the basis of their residency proposal, from 540 artists who submitted their projects in January 2015. It was particularly important for the entries to explore the transition from material to immaterial production and for them to resonate with the specific features of Belval, an historic steel-production site in Luxembourg, the centrepiece of which is now Public Art Experience.The artists were selected by Public Art Experience –  the artistic directors of BeHave, Stéphanie Delcroix & Michael Pinsky, and Hubertus von Amelunxen, President of the Artistic advisory board.

William Engelen (Germany) – Born in 1964 in Weert, The Netherlands, William Engelen lives and work between Dublin and Rotterdam. He graduated from the Jan Van Eyck Academy.

“My work in public space for the site of Belval will consist of sound installations, performances, concerts, and interventions. The works will be site specific, and if possible, in cooperation with its users and the inhabitants. The pieces will ‘play’ with the existing architecture.”

Jan Kopp (France) – Born in 1970 in Frankfurt, Germany. He lives and works in Paris. He graduated from the Beaux-Arts de Paris in 1996 and is a founder member of the artists’ association Glassbox. He notably participated in residency programme of the PS1/MoMa in New York.

“My project for Belval is an invitation to the daily users of the site: neighbours, researchers, students, children and mere passers-by, to take notice of the places they pass through at different times of day and evaluate the effects.”

“I would like to work with ice within this context. There is something I keep thinking about: the relationship between iron and ice – two materials which at certain temperatures become liquid but at opposite ends of the spectrum.”
Martine Feipel & Jean Bechameil (Luxemburg) have been working in Luxembourg since 2008. Martine Feipel was born in 1975 in Luxembourg.  Jean Bechameil was born in 1964 in Paris. They represented Luxembourg at the 54th Venice Biennale in 2011. They attempt, in a destructive mode, to reveal the complexity of ideas hidden behind traditional built.

“Our project for the Belval site will evoke the passing from one state to another: transformation. Firstly, we will attempt to recover the memory of this iconic place and then revitalize it.”

Alessandro de Francesco (Belgium) – Born in 1981, lives and works in Brussels.  Founder of the Language Art Studio, he is an artist, poet and essayist. He carried out performances, readings and lectures in Europe and North America, in places such as Centre Georges-Pompidou (Paris, 2009, 2010) or the Berlin Arts University (2006, 2007).

“I plan to work from archive documents and meetings with people connected to the place, so as to produce a visual and sound narration which will illustrate its human history.”

Giuseppe Licari (The Netherlands) – a Sicilian-born artist (born in 1980 and currently based in Rotterdam). He studied painting at the Academy of Fine Arts in Bologna and Monumental Art at AKI ArtEZ Art & Design Enschede / Crossmedia Design, The Netherlands.

“Subject both of science and art, the landscape functions both as a mirror and as a lens: in it we see the space we occupy it, and ourselves as we occupy it.”

Shimon Attie (United-States) – Born in 1957 in Los Angeles, California. He is based in New York since 1997. His practice involves creating immersive site-specific installations and public artworks. His recent shows include: the MoMA, New York, the Centre Pompidou, Miami Art Museum and the Corcoran Gallery of Art, Washington DC, among others.

“I would come and artistically investigate the layers, teasing out threads from the past – some still visible to today’s eyes, some not – spinning and reconfiguring them into new images and at works.”

Darya von Berner (Spain) – a Mexican born artist (1959) based in Spain. Her work has been shown in Museo Nacional Reina Sofia, Madrid, Nuit Blanche, Brussels, Stedelijk Museum, Amsterdam, and Städelmuseum, Frankfurt, among others.

“Disclosing empathy and interconnectivity. Making the system of creative relationships visible. Turning relationships into something that can be experienced.”

David Rickard (United-Kingdom) –  a New Zealand born artist (1975) based in London. Following a degree in architecture at Auckland University, New Zealand, he went on to study fine art at Brera Accademia delle Belle Arti in Milan and later on an associate MA at Central Saint-Martins in London.

“I would like to propose a project that engages with the material transformation that previously occurred on the site and also the larger physical transformation currently taking place at an urban scale at Belval.”

The residency period will run for a duration of 3 to 6 months with a fee of 4’600.-€ per month. A significant production budget will be available to reflect each artist’s working practice and ambitions.

The artists will take up residency on the Belval site from September 2015. The programme called BeHave will run until August 2016.