Newton’s Cottage is a sculpture and architectural installation by Rotterdam-based art/architecture collective Observatorium. The large scale site-specific wooden structure follows the line and form of the original canal lock keeper’s cottage, dating from 1967, that once sat at Carpenters Road Lock over the River Lea in Queen Elizabeth Olympic Park. Named after C. Newton, the last lock keeper on the site, the project celebrates the history and heritage of the location and a six-kilometre network of waterways, known as the Bow Back Rivers. The construction of Newton’s Cottage was made in collaboration with the Building Crafts College in Stratford and features traditional crafts and making techniques. 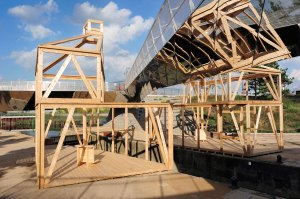 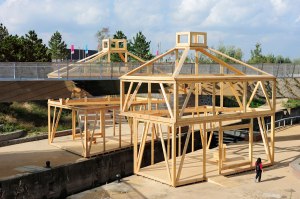 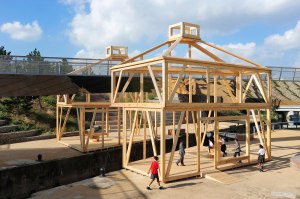 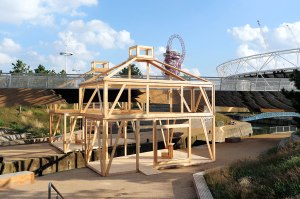 Events: Throughout October and November 2014 Newton’s Cottage will host a series of events and activities.