Arts on the Waterways is a programme of contemporary art commissions including sonic installations, sculpture walks, floating musical residencies and canal side cinema aimed at challenging public perceptions about Britain’s 2,000 miles of historic waterways to reconnect local communities with their local canal or river. The Canal & River Trust’s contemporary arts programme highlights include a vision for a sculpture trail connecting the Olympic Park with The O2, and a £2million budget for art along the Leeds & Liverpool Canal.

The Canals Project: street art on the waterways. courtesy of Ian Cox

Canal Laureate (throughout 2014) – Jo Bell reprises the role as the first Canal Laureate to create poems that share new perspectives on Britain’s historic waterways. Jo was an industrial archaeologist specialising in industrial remains before becoming a poet and tours the waterways of the UK on her narrow boat.  In July she will release her poem to mark the 50th anniversary of the restoration of the Stratford Canal. Appointed by the Canal & River Trust and the Poetry Society. http://www.waterlines.org.uk/

The lock shift songs (18 – 27 July 2014) – A new sound installation by sound artist and composer Kaffe Matthews. Having collected sounds and stories in a solo recording walk along the Grand Union canal, Kaffe will write songs and make a 36 channel composition to shift and slide between three huge sonic beds linked by a vibrating platform. The audience will be able to lie in and on the work, receiving a sonic and vibratory musical immersion that rises, falls, pauses and flows around them. Jointly commissioned by the Canal & River Trust and IF: Milton Keynes International Festival 2014 and supported by public funding from the National Lottery through Arts Council England’s Grants for the arts programme.

‘The Cut’ – The Dead Rat Orchestra (national tour from 30 July to 16 August 2014) – A floating tour moving at a walking pace by pioneering folk group, The Dead Rat Orchestra that will chart the Thames, and Kennet & Avon Canal Between London, Oxford and Bristol. Traveling by narrow boat, they will draw on both the formal and informal histories of England’s once industrial waterway arteries to explore the social, historical and musical heritage of the canal routes. The boat will provide a moving base for concerts, talks and workshops.  The Cut is co-produced by Sound and Music, the Canal & River Trust, The Kennet & Avon Canal Trust and The London Canal Museum. 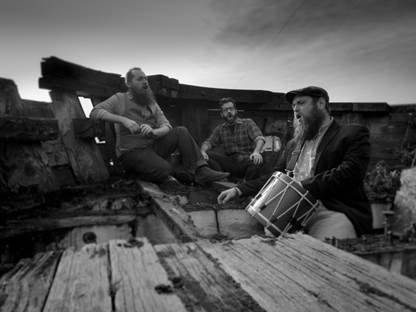 The Line (subject to funding, summer 2014) – A sculpture walk is planned to follow the line of the Greenwich Meridian and link the Queen Elizabeth Olympic Park and The O2 along the waterways of London.  The project was launched by Megan Piper and Clive Dutton, with support from Mark Wallinger, with the Canal & River Trust a supporting partner.

Carpenter’s Road Lock Sculpture (August to September 2014) – A temporary site-specific sculptural installation by Dutch artists group Observatorium plans to reimagine the original lock keeper’s cottage, demolished in 1967, in Queen Elizabeth Olympic Park. The ‘wooden cottage’ structure will be constructed by the Building and Crafts College from Stratford and installed over the lock – a unique structure with radial gates – and will be in situ for four weeks during August and September. The wood will then be re-used to create further smaller scale structures and objects on and off the Park.  The commission comes from a partnership between the London Legacy Development Corporation and the Canal & River Trust, and is one of the flagship arts and culture projects to be developed in Queen Elizabeth Olympic Park over the next year.

Welsh artists’ residencies (2014 to 2016) –  Six artists’ residencies across waterways in Wales began in February. Artist, Andrew Dodds, is investigating the crossing of borders between Wales and England, interpreting the role the Shropshire Union Canal. Sculptor, Alan Goulbourne will be working on the Mon & Brec, looking at connectivity across the Canal & River Trust and with local people. Curated by Addo. Supported by Glandŵr Cymru, the Canal & River Trust in Wales, with the Arts Council of Wales.

Super Slow Way (2014 to 2017) – A £2m arts programme along, and inspired by, the Leeds & Liverpool Canal will see artists and communities collaborate on experimental arts projects, events and international exchanges.  Funded through Arts Council England’s Creative People & Places, the project will re-awaken the cultural potential of the canal and its catchment, exploring historic and contemporary links with waterside communities in countries such as Pakistan, India, Ireland and the Netherlands.

Black Country Voyage by Ikon Gallery and partners (2014 to 2016) – This project tours the industrial heartland of the Black Country, west of Birmingham, taking place on and around a canal boat. Young people, aged 15-19 years old, will follow the routes of a hidden local canal system and create artistic interventions in collaboration with professional artists, reaching out into various communities in and around the Black Country.  The project is led by the Ikon Gallery (Birmingham) education team and supported by the Canal & River Trust.

The Canal & River Trust is the guardian of 2,000 miles of historic waterways across England and Wales, and took over from British Waterways in July 2012.

Arts on the Waterways began in 2012 as a partnership between the Canal & River Trust and Arts Council England, with the Arts Council of Wales joining in 2013.  This contemporary arts programme is intended to re-ignite and broaden public interest in the waterways, and in turn attract new supporters and investors to the waterways’ cause.

Arts on the Waterways is supported by public funding through Arts Council England and the Arts Council of Wales.

Jeremy Hunt is Director of the AAJ Press (Art & Architecture Journal / Press) – a writer and consultant on art and public space
View all posts by jeh »
« Liverpool Biennial 2014: A Needle Walks into a Haystack. 5 July – 26 October 2014
The Bothy Project, Scotland »