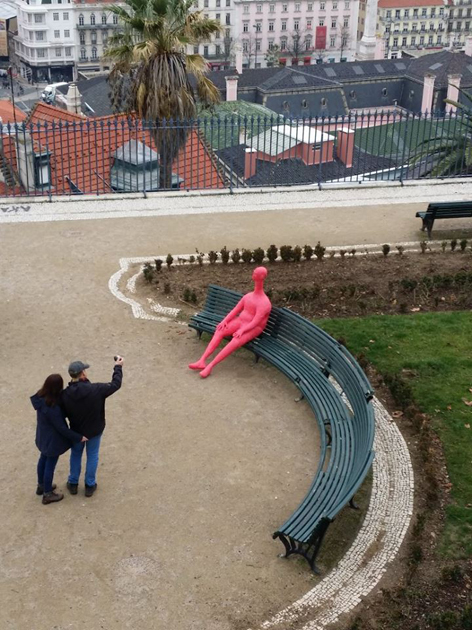 Inspired by a sentence by the Portuguese poet Fernando Pessoa – “We are avatars of past stupidity”, “Estúpidos – Porque todas as pessoas o são!” (“Stupids – Because all people are!”) is an art project by Panda do Transe, whose name translates in English as ‘trance panda bear’. Estúpidos consists of installations of ten sculptures in unpredictable places, conceived as a friendly but ironic alien invasion in the streets, squares and public spaces in Lisbon. They are in place erratically through to the end of January 2014 – the first one installed on a Lisbon belvedere disappeared before New Year ’s Eve – or until “stupidity” is proclaimed an illicit form of public space occupation. Estúpidos aims to stir up consciousness by promoting a satirical and artistic rebellion against cultural apathy and towards a sustainable gentrification,and a city more affordable and open to artists, alternative forms of creation and expression. 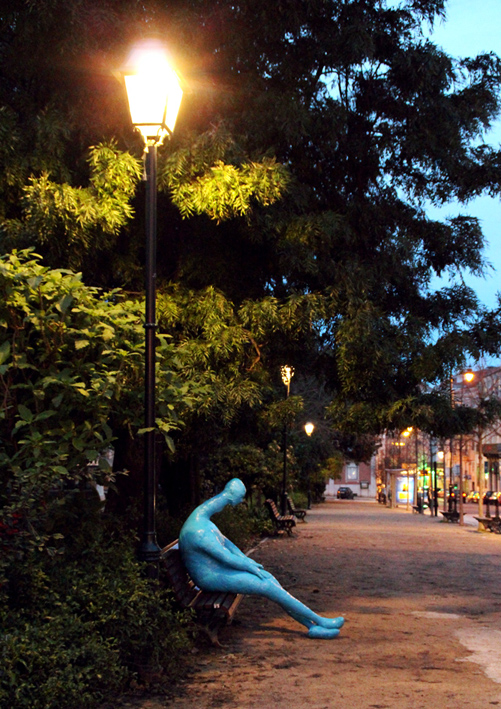 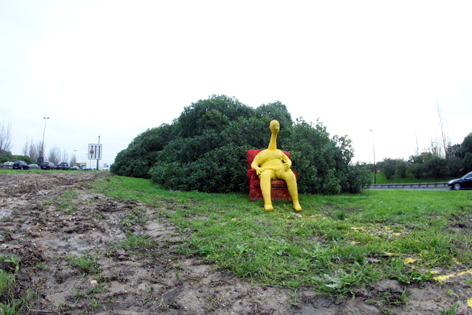 Panda do Transe (English translation: trance panda bear) Habitat is the street and its raw materials are the identity and the human figure. He uses icons and mass media communication techniques in benefit of its work – that aims to be public, noisy and in state of trance. He’s not looking for “the next big idea” and interprets the artistic act with pragmatism similar to that of a computer programmer when creating a new code: “if someone already invented the formula and it works is stupid not to copy it”. He’s an artistic heteronym and a species in danger of extinction. Titles or pre-assumptions wont accommodate him, he has called and will call himself other names. Regarding gentrification processes and the present metropolis creative crystallization, Panda do Transe prefers to be positioned as a “suburban artist”.

For more information about the project and the artist – www.facebook.com/pandatranse