The artist’s mural as a site-specific work in schools and other public buildings was one of the most important 20th century mediums where artists could contribute to the public sphere. While often used globally as a form of communication for social emancipation or political criticism, in the United Kingdom the mural is considered to be a form of ‘Decorative Painting’ appropriate for state patronage and community engagement.  But as an extensive category of painting from the Victorian period onwards murals indicate the way that buildings were used or understood, and about how artists and patrons wanted to communicate with the public. They cover all styles, from heroic history paintings to everyday scenes, religious subjects, abstract decorations, trompe l’oeil pastiches and frivolous high society décor. Murals, however, engaged many of the best artists of the time and formed a largely forgotten strand in art education. A major exhibition and historical survey of the subject at The Fine Art Society, in association with Paul Liss of Liss Fine Art, is showing mural panels by John Piper and Alan Sorrell and studies for murals by John Armstrong, Frank Brangwyn, Charles Mahoney and Thomas Monnington supported by a conference and publication. 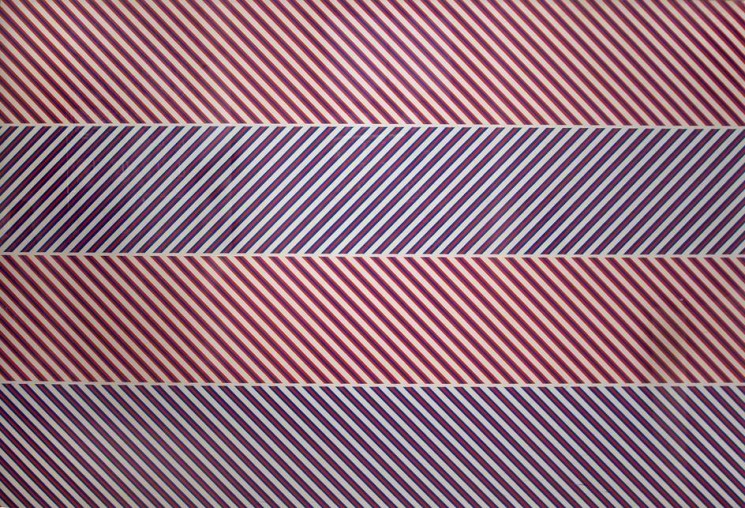 Apart from a few famous examples such as Stanley Spencer’s Chapel at Burghclere, murals in Britain remain a largely unknown subject, and the work has often been at risk and lost, even when a building remains. Some can be recovered, such as the two murals by Fred Millett in a 1950s school at Wokingham that were painted over and had almost been forgotten. Others, like a jungle scene by Barbara Jones in a Sheffield school were in the wrong place when the building was demolished and the mural wall found itself in the new car park site. Sometimes the listing of a building protects a mural, and some buildings have even been listed because of the presence of one, such as the Ivon Hitchens mural at the English Folk Dance and Song Society at Cecil Sharp House, Regents Park. The 6 x 21-metres mural was the largest in the country at the time of its unveiling in 1954 and depicts key English folk-dances and traditions, with figures in a woodland setting, “to act as a foil to the urban surroundings of Cecil Sharp House”.

Publication:  British Murals and Decorative Painting 1920–1960, Sansom & Co., £40. The role of mural and decorative painting has been largely neglected in accounts of twentieth-century British art.  In this collection of specially commissioned studies, leading experts spotlight some of the most important and enduring, along with neglected, images of the period. These include previously unpublished Festival of Britain designs as well as little-known masterpieces from the first generation of Rome Scholars – Colin Gill, Edward Halliday, Glyn Jones, Winifred Knights and Tom Monnington. Many of these works are reproduced in colour for the first time. More than 30 mural projects are discussed and illustrated include Stanley Spencer’s Sandham Memorial Chapel, Burghclere; Rex Whistler’s Tate Restaurant; Edward Wadsworth’s study for a mural at De La Warr Pavilion at Bexhill;  Frank Brangwyn’s ‘Rockefeller Plaza, New York’; ‘The English Pub’, by Edward Bawden; ‘Telecinema Designs’ by John Armstrong;  John Piper’s ‘The Englishman’s Home’; Thomas Monnington’s ceiling for the New Council House, Bristol on the theme of molecular and atomic fusion, and the ‘Porthmeor Mural’ by Peter Lanyon, 1962/63.

Full details of the programme and booking are available from The Twentieth Century Society. www.c20society.org.uk