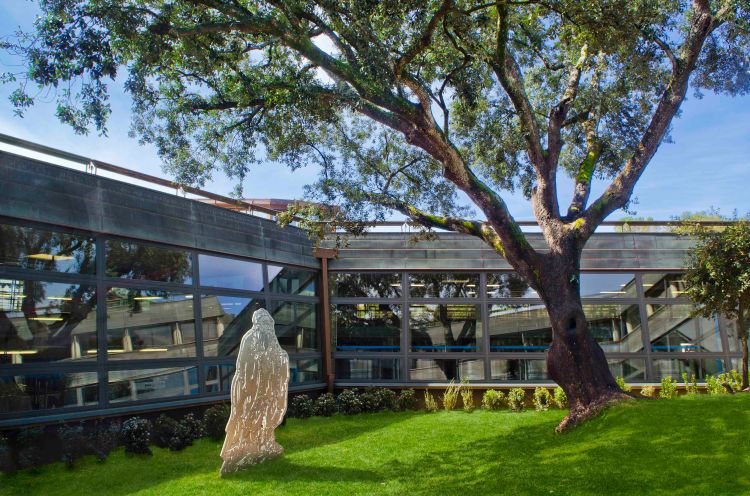 L’Equilibrio (Equilibrium), was the title for the fourth edition of the Ornellaia Vendemmia d’Artista, launched in 2009 by the Italian wine producer, Tenuta dell’Ornellaia, based in Bolgheri, on the Tuscan coast.  The aim was “to reestablish the tradition and value of Renaissance artistic patronage in a modern key.”  In a five year programme an artist is commissioned each year to create a series of limited edition wine labels and a commisisoned work for the winery on the estate that captures the essence of the wine, the nature of the vintage, and its personality. Previous commissions have been: L’Esuberanza, (Exuberance), Luigi Ontani, Milan, 2006; L’Armonia, (Harmony); Ghada Amer & Reza Farkhondeh, New York, 2007); L’Energia, (Energy), Rebecca Horn, Berlin, 2008. 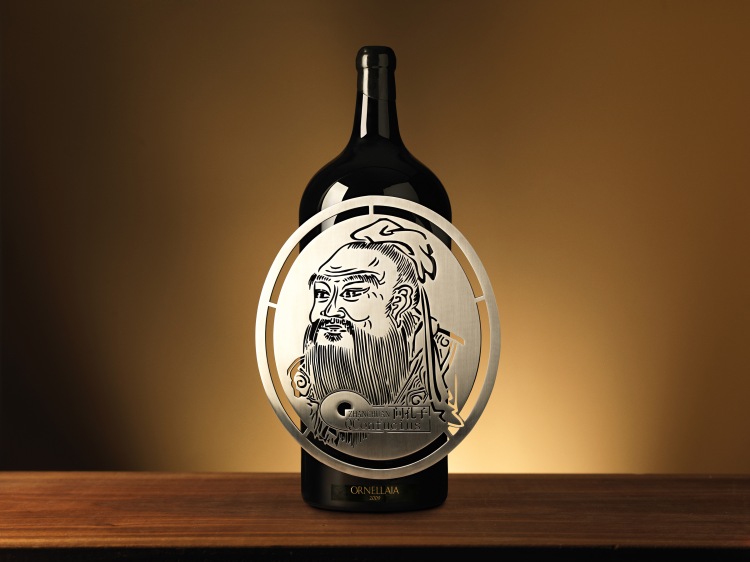 For the fourth edition, the Chinese artist, Zhang Huan, drew inspiration for his project, Questioning Confucius, to interpret the theme of L’Equilibrio – Equilibrium – reflecting the character of the 2009 vintage, inspired by the figure of Confucius. A steel sculpture with the features of the 6th century BC Chinese philosopher, has been installed in the courtyard of the winery, and is echoed in a series of special labels for a limited series of large format bottles. These include 100 double magnums (3 Litres) featuring a Confucius image, and a quotation on the pursuit of wisdom that comes with age; 10 imperials (6 Litres) of the philosopher during different stages of his life; and a single Salmanazar (9 Litres) with an oval steel sculpture engraved with the philosopher’s portrait.

“ I always wonder if Master Confucius were alive now, what questions would we have for him and what wonderful insight would he provide? With so many problems in our time, we need to question Confucius.”

“Confucius thinks people should find their own position and move forward instead of disturbing the natural order of things. It is wrong to overdo it.”

“The theory of harmony between man and nature tells us to respect nature in order to establish a world of equilibrium where we can live together peacefully and happily.

“Do we feel happy because of the modern society in which we are living? Where do our spirits belong?”

“Do we ask so much from the earth that our general following will have to pay a huge price for it?”

“The theory of harmony between man and nature tells us to respect nature and the universe so as to establish a world of equilibrium where we can live together peacefully.” 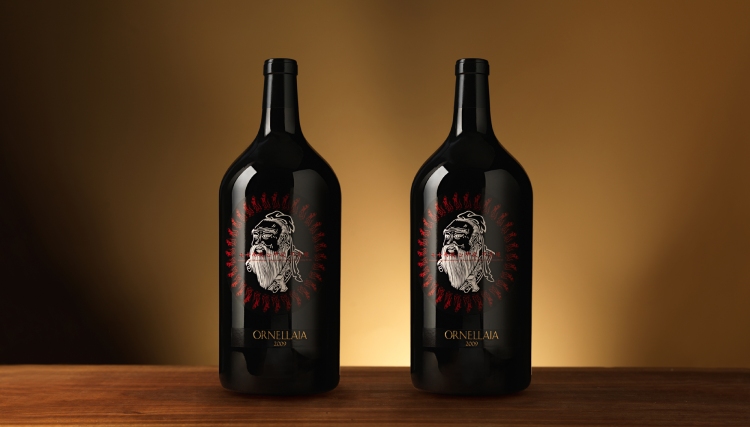 The four editions of Ornellaia Vendemmia D’Artista have raised over 600.000 Euros through charity auctions of the limited editions. At a charity auction in Hong Kong, in April 2011, 21 of the 111 collectible bottles from the Ornellaia Vendemmia d’Artista 2009, were sold and raised $191,476 (USD), with the 10 Imperials realising $79,506 (USD), which was donated to the H2 Foundation for Arts and Education.

Zhang Huan was born in 1965 in An Yang City (Henan Province) in China. After a period in New York, he has lived and worked in Shanghai since 2006. Zhang Huan’s varied artistic production includes performance, photography, sculpture, video, painting and installations, which revisits the Chinese cultural tradition, and explores a contemporary interpretation of traditional eastern culture. The practice of Buddhism and the Ancient Eastern philosophies have become an iconographic source of inspiration.

Maria Alicata and Bartolomeo Pietromarchi were the art curators for the Ornellaia Vendemmia d’Artista 2012.