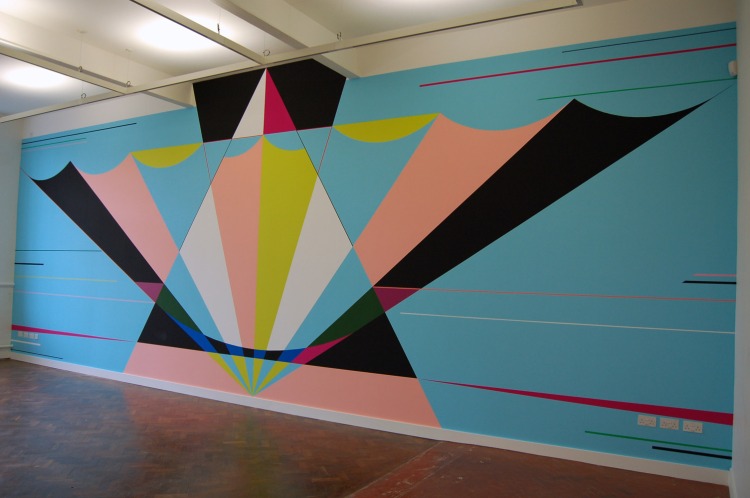 Lothar Götz’s practice ranges in scale from site–specific wall paintings and room–sized spatial installations to paintings and drawings. A clear coherence and dialogue emerges across his body of work through its continual referencing and engagement with ideas about architecture and space and its characteristic use of abstract geometric forms, fields and lines of intense colour, juxtaposed with one another. 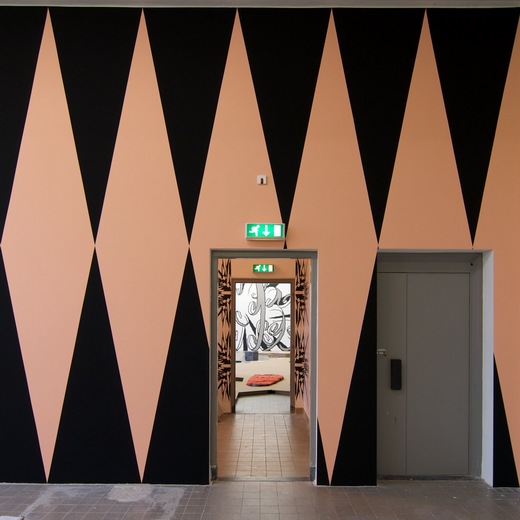 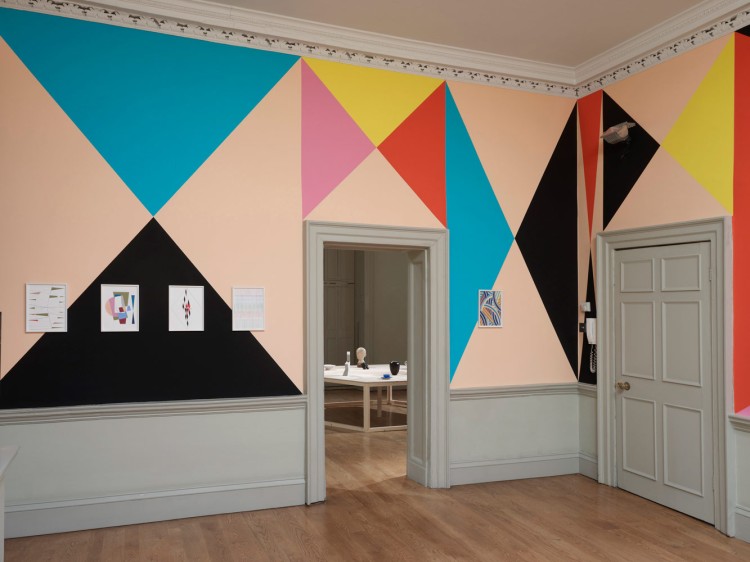 His work is informed by real factors of circumstance, site, architecture or the particular inhabitants or histories of a building, space or place – mixed with further imaginary or fantasy factors. Similarly many of his drawings represent the floor plans of idealized dwellings, sometimes for specific people or historical figures, sometimes for imagined ones. Together they form part of an ongoing series exploring spatial ideas for domestic spaces: apartments, houses, bungalows, villas.Colour in these drawings is used to denote the functions and atmospheres of rooms, or the situations and qualities of the surrounding landscape – whether a schloß set in a meadow or a bungalow overlooking the sea. It also cues off the identity of the person who is thought to live there, in a web of imaginative factors that continually feed into the geometrical arrangement of forms and the colour decisions for each drawing. 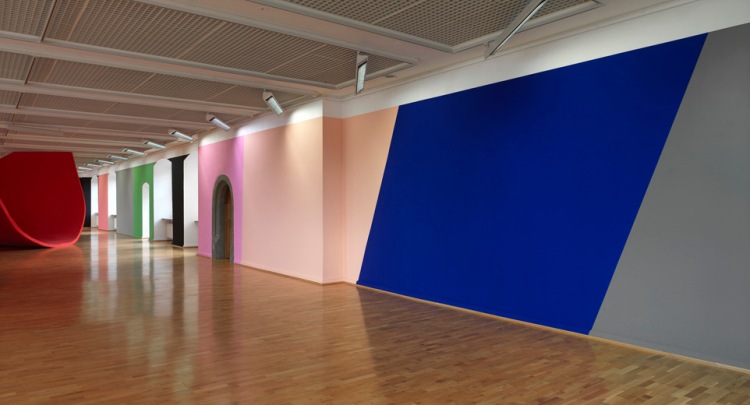 Götz sees colour as both beautiful and a key aspect of life that surrounds us, drawing comparison with other passions of his: gardens and flowers, and Nymphenburg porcelain. Whilst Götz often references the creation of a garden or the making of a work of architecture in his work, he sees his practice as opposite in process to that of architectural design, which concretizes ideas and designs as built form, connecting it rather to the Classical idea of art as active fantasy – something practiced as part of a personal strategy to escape from reality. 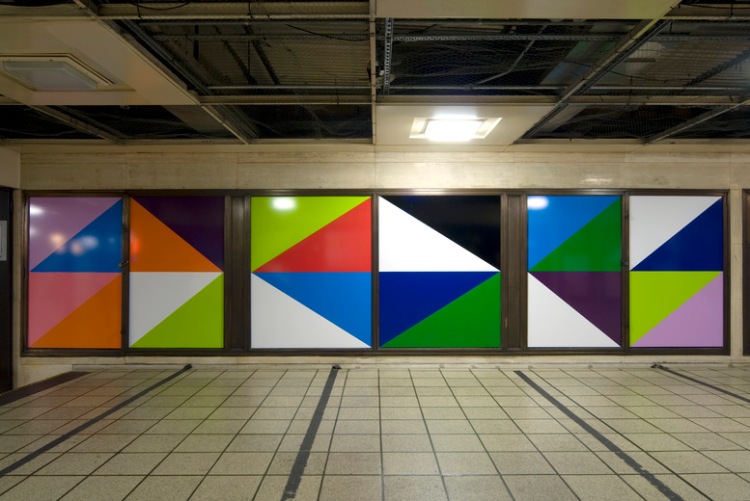 Götz completed an MA at the Royal College of Art after studying in Germany at Aachen, Düsseldorf and Wuppertal. He currently lives and works in London and is Senior Lecturer at the University of Sunderland.In Spring 2010 he contributed a major work to an international showcase exhibition on wall–painting at the Miró Foundation in Barcelona. Public commissions include Platform for Art at Piccadilly Circus underground station in 2007, a collaboration with Caruso St John Architects at the Arts Council England Offices in 2008, Haymarket Metro Station, Newcastle in 2009, and the offices of the Secretary of State for Justice, Jack Straw in 2009.

A monograph ‘Lothar Götz, Works – 2011‘ with texts by Christoph Asendorf, Hans Günter Golinski, Rob Wilson and Oliver Zybok and graphic design by Frank Mueller, edited by Oliver Zybok in German and English was published by Hatje Cantz in 2011.

The Line of Beauty, is the first of a two–part solo exhibition by Lothar Götz at DomoBaal. The exhibition will show recent paintings and drawings as well as a site–specific mural.  Part II of this exhibition, The Line of Beauty + Special Guests, will include works by Eric Bainbridge, Neil Gall, Joachim Grommek, Daniel Robert Hunziker, Paul Huxley, Ernst Wilhelm Nay, Ben Nicholson, Uli Nimptsch, George Shaw and others alongside a series of 14 new drawings, each made in response to a work by each exhibiting guest.