“The design and the urban implementation of EYE are based on the superimposition of two creative disciplines, film and architecture, both dealing with reality, fiction, illusion and real experience.”

The EYE Film Institute Netherlands is located on the northern side of Amsterdam’s waterfront in Overhoeks, a new urban district named after the landmark Overhoeks Tower on the former Shell research site. The Vienna-based firm Delugan Meissl Associated Architects design refers to cinematography and features an angular looping white roof covering the building. The complex houses four screens with a total of 640 seats – two auditoriums of 300 and 80 seats, and two with 120 seats. EYE has 1,200 square metres of exhibition space, plus interactive basement for educational activities, workrooms, film lab, shop and café and terrace with a view over the water. A further facility is planned to house the Institute’s restoration, preservation and research activities, and the film library. 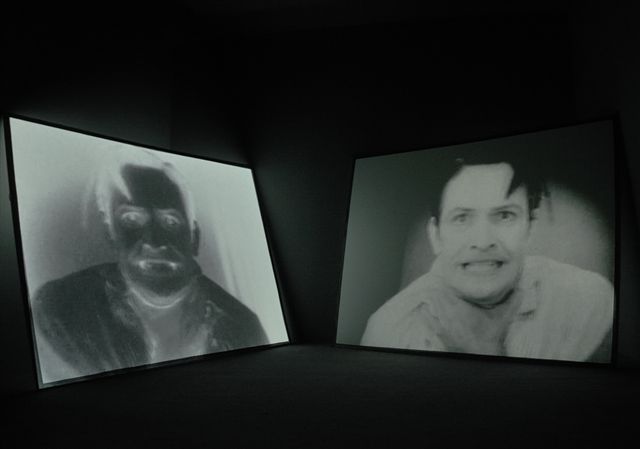 EYE is the only museum in the Netherlands that is exclusively dedicated to film and the moving image. The exhibition and accompanying film programme Found Footage: Cinema Exposed, reveals how artists and filmmakers utilize the virtually inexhaustible reservoir of moving images that can be found in film archives, on Internet, TV and DVD. This found footage serves as raw material for new works and give new meaning to existing moving images. The participants include Douglas Gordon, Bruce Conner, Aernout Mik and Matthias Müller. Found Footage: Cinema Exposed is curated by Jaap Guldemond, Director of Exhibitions at EYE.

Found Footage: Cinema Exposed: The exhibition presents fifteen works of art and installations in what can best be described as a landscape of freestanding projection screens, monitors, flat screens and 16mm projections where the rattling projector is also a component of the work. The exhibition begins with American filmmaker Bruce Conner (1933-2008), who started making films without using a camera in the late fifties; via artists such as Douglas Gordon (1966) and Matthias Müller (1961), who appropriate / plagiarise footage from well-known feature films; the work of Italian duo Gianikian/Ricci Lucchi (1942) rearranges, slows down and adds colour to fragments from early, silent cinema; rescued and recycled home movies by Pablo Pijnappel (1979); TV Décollages by Fluxus artist Wolf Vostell (1932 – 1998); and installations specially designed for the exhibition by Aernout Mik (1962) and Christoph Girardet (1966), using footage from the EYE’s own collection. Other participating artists include David Claerbout, Anri Sala, Bill Morrison and Joachim Koester.