In 1961 Asger Jorn proposed an experimental city, to be named Utopolis, located on an uninhabited island off the south coast of Italy. This related to Contant Niewenhuys and the Situationists’ programme of ‘unitary urbanism‘ and participation in random and contrary approaches to urban living involving psychogeography, detournement and industrial painting, in opposition to a rationalist idea of urbanism as a functional framework for living. The idea of an artists’ utopia is involved in a search for escapism and independence and at the same time is a form of aesthetic colonialism that runs parallel to political and economic expansion and appropriation. Thomas More’s island of Utopia and its forty identical cities, Leonardo’s city planning for Romorantin, Tommaso Campanella’s City of the Sun (1623) notable for the symbolically painted walls of the city, Francis Bacon’s New Atlantis (1624), Jonathan Swift’s Gulliver’s Travels (1726), and Memoirs of the year two thousand five hundred, by Louis-Sébastien Mercier (1771), promoted the idea of social change necessary to provide utopian living conditions. 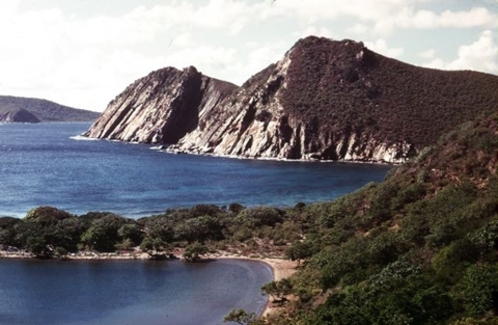 “The Ginger Island Project reflects on the idea of the Fluxus artist community that George Maciunas initiated in the early 1970s. Ginger Island is an uninhabited island in the Caribbean, part of the British Virgin Islands, where George Maciunas wanted to start a Fluxus artist colony and develop a unique city. His plan was to buy the island and give pieces of land to Fluxus artists for development. Maciunas produced an urban development sketch strangely reminiscent of the Manhattan grid with numbered plots of land.

Together with friends Milan Knizák, Yoshi Wada, actor Robert De Niro and others, Maciunas travelled to Ginger Island in 1969 to explore the island before making the final decision about acquisition. This trip is surrounded by various legends, involving encounters with the police and with poisonous trees. The experience was rather traumatic; the visitors suffered from temporary blindness and swollen limbs. In the end, for a variety of reasons, Maciunas never acquired the island and a Fluxus artist colony was never established there. The island is still uninhabited and the only visitors are fishermen and divers.”   — Liutauras Psibilskis

Curated by Liutauras Psibliski, The Ginger Island Project is a multi-part project featuring a screening, a slide installation, and an exhibition of re-interpretations and remixes of archival material at Storefront for Art and Architecture, Red Egg, and the Emily Harvey Foundation. Presented as part of Performa 11, the fourth edition of visual art performance biennial in New York City (November 1-21, 2011), the three-day film installation at Storefront will feature two films: “A Walk” (1990)- Jonas Mekas’ visual diary taking us through parts of SoHo and its history, focusing in particular on its establishment as the artists’ community in New York, and “Ginger Island” (1969) – a short film by Milan Knizák in which he takes picturesque shots of the island during the Fluxus artists’ trip.

The Ginger Island Project . A public screening, a slide installation and an exhibition. Storefront for Art and Architecture, NY. 11-13 November, 11am – 6 pm.

Also as part of The Ginger Island Project: An installation/sound project @ Red Egg and an exhibition @ Emily Harvey Foundation.