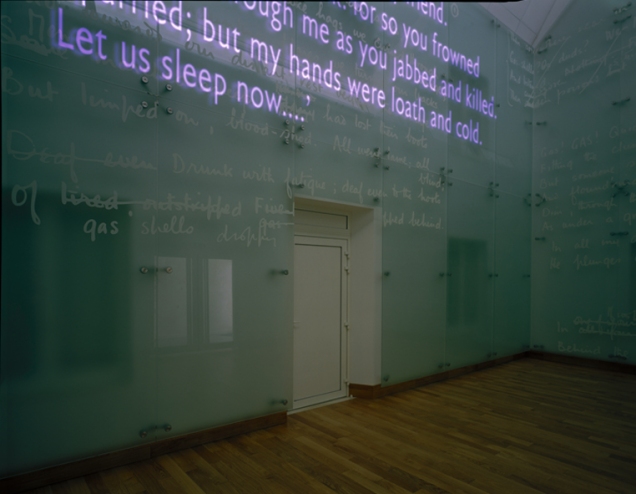 La Maison Forestière at Ors (Northern France) is where the soldier poet Wilfred Owen spent his last night. Lieutenant Wilfred Owen, who was killed attempting to cross the Sambre-Oise canal on 4 November 1918 in one of the last actions of the First World War, now lies in the British Commonwealth section of the cemetery of the commune of Ors. 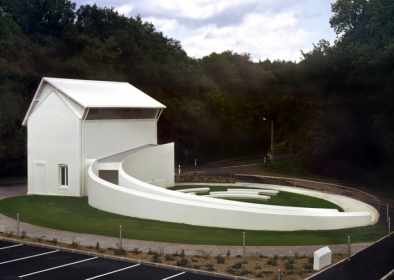 The local councillors and some of the village residents wanted to put an artistic and literary project in place that would commemorate Owen. To bring this about, together with the Association Wilfred Owen France, they turned to artconnexion, an organisation devoted to the production of contemporary art, and mediator for the New Patrons initiative* of the Fondation de France. 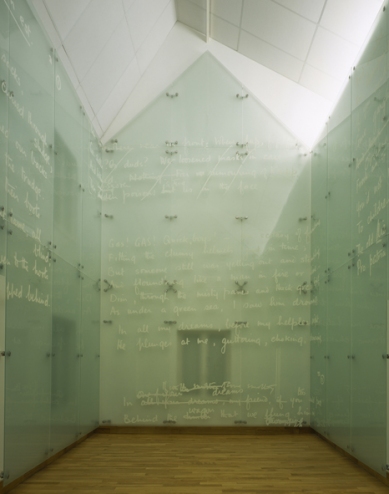 It was decided that a categorically contemporary work should be commissioned, rather than a museum or memorial and, in 2004, the British artist Simon Patterson was invited to respond to the commission. He proposed, with support of the mayor and the village of Ors, to focus on la Maison Forestière, and give the disused building new life both as a hommage to Wilfred Owen but also as a venue for poetry. The artist’s design has been realised by the French architect Jean-Christophe Denise. The house is simultaneously a sculpture, a visual work and a sound piece: its roof is remade to represent an open book while the internal space is filled with animated projections of texts by Wilfred Owen on the walls. A circular ramp leads down to the cellar where Wilfred Owen wrote his last letter home to his mother. It is the only original part of the building and the artist has preserved it exactly as it was.